(Company cancelled so Evie can be at the September meeting--Thank you, Gwen!!)

Memorbilia - Evie KA1BRA brought in some old pictures and historical newpaper items for all to enjoy. She was also able, with the help of Rick WW1ME, to track down some of the EAWA memorbilia that was given to John Dilks K2TQN in order to write an article for QST.

MDI Marathon - Joe WA4OVO has already made arrangements to help with the 2016 MDI Marathon, October 16th. Evie KA1BRA pointed out that staffing for this event has become more difficult each year. Ron N1AHH suggested that we ask Bangor or other groups for help. Thus far the EAWA has not been asked to help at the Marathon. (Note: Due to family adventures, I will be out of town on the 16th.)

Discussion on EMCOMM-EMCOMM and the EAWA made a split a few months ago. Some folks want to be members of one group, but not the other. Some are members of both. At any rate, Evie KA1BRA was asked about training or topics in which ham radio operators might possibly be interested. I hope I have caught the essence of the conversation. I have deliberately omitted names/call signs. Here are some of the comments:a) Hospital Amateur Radios-Hams-Emergencies: Years ago each hospital in the area had hams assigned to the radios located there and were to help in emergencies. Is there something in place like that now?? If so what is in place??b) Table talk exercises would be helpful and also good trainingc) What is the role of EMCOMM in the state-wide emergency arena?? It seems that there are so many agencies involved that hams are at the bottom of the chain and useful for only keeping the EMA equipment operational.d) Since "sheltering in place" is paramount in most situations particularly in Maine, where does EMCOMM fit in--members can't get anywhere on impassable roads. e) An emergency tone on the 146.910 repeater would alert EMCOMM members that there is an emergency.f) It was suggested that the local EMCOMM work with EMCOMM from other areas doing exercises. That would be most helpful if a big emergency occurred.A young lady interested in ham radio and particularly Morse Code attended the meeting with Chris Meyer KD0KQC. Rob W8HAP invited her and Chris to see a code demo at his station. I think we have have found her a Technician manual so she can start studying! Thanks to all who are willing to help her with this goal. I know some showed her where to find code practice sessions and how to study for her license.Rob W8HAP made a motion to adjourn. The motion was seconded by Chris AB1PZ. So done at 7:50 PM.  Respectfully submitted,Evie Sargent KA1BRA, Treasurer/Secretary
Posted by Richard Small at 12:10 PM No comments:


I am always looking at inexpensive (who isn’t now a days!?) radio equipment. Having used the Baeofeng UV-5R for a while now I was looking for something a bit larger and came across the UV-82HP. This radio is larger and has a better feel to it. No, it isn’t a Yaesu, Icom or Kenwood BUT it is a great inexpensive alternative for those that are gear hounds or someone just getting into the hobby! It’s well balanced, feel good in your hands, sounds great on the audio output and even comes with a fairly good quality antenna! Not another ‘dummy load’. And...a so far, rugged belt clip. I paid around $60.00 on Amazon and when it arrived had it connected to CHIRP and before long it was programmed! AND, if you choose to program manually it has a real honest to goodness manual! One of the features that makes it appealing to me is that out of the box the PTT button(s) are labeled A (upper part) and B (surprise…lower part), what this means is that you bring up the A and B channels you want and then just use the PTT of your choice to transmit which in an EMCOMM situation would be handy instead of  toggling the up or down arrows on the front of the radio (which you CAN still do if you wish). You can, using the Baeofeng software, program the radio to use the two PTTs as one if the separate PTTs baffle you! LOL I have included some photos and plagerized the Baeofeng site for specs. It certainly is a rig to check out!


What Makes it Unique?


* VFO/ MR (Frequency Mode) can be locked via software


* It includes the High Gain V-85 Antenna to Optimize Performance


The UV-82HP is the second generation of the classic UV-82 Series. Some new features found in the UV-82HP are the three selectable power levels (Low - 1 watt, Medium - 5 watt, High- 7 watt) allowing for a high-output of seven watts.

You can program your UV-82HP exactly how you want it. There are 128 programmable memory channels. You can add or remove channels from scanning list using the free computer software. You can give channels alphanumeric names, using a computer. The radio has 3 power levels (7 watt maximum), allowing you to choose how far you can communicate. You can set VFO limits using the CHIRP software. You can easily program from a PC to set-up the radio to operate exactly as needed. 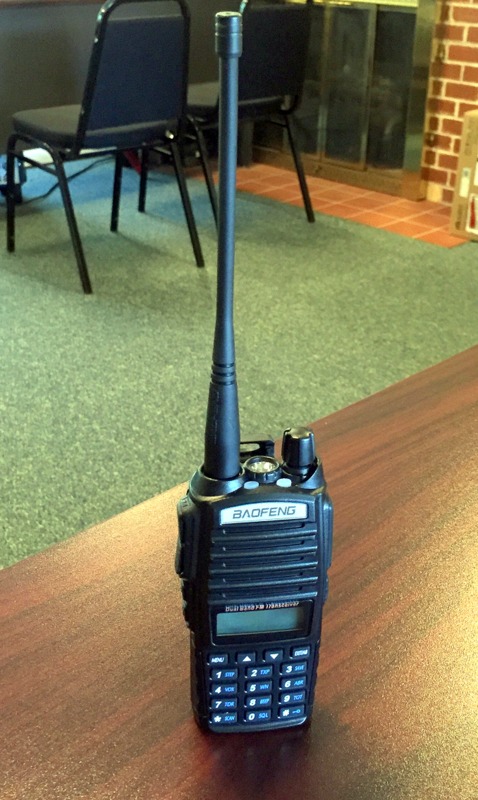 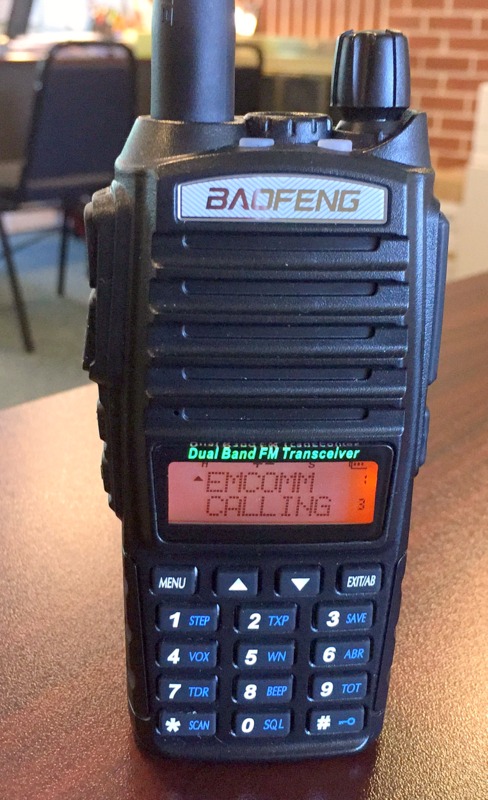 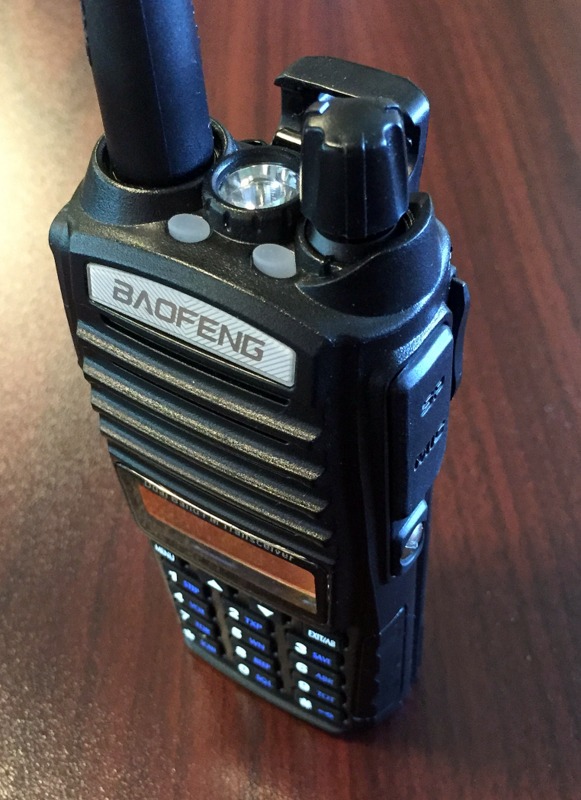 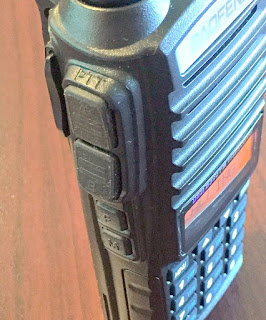 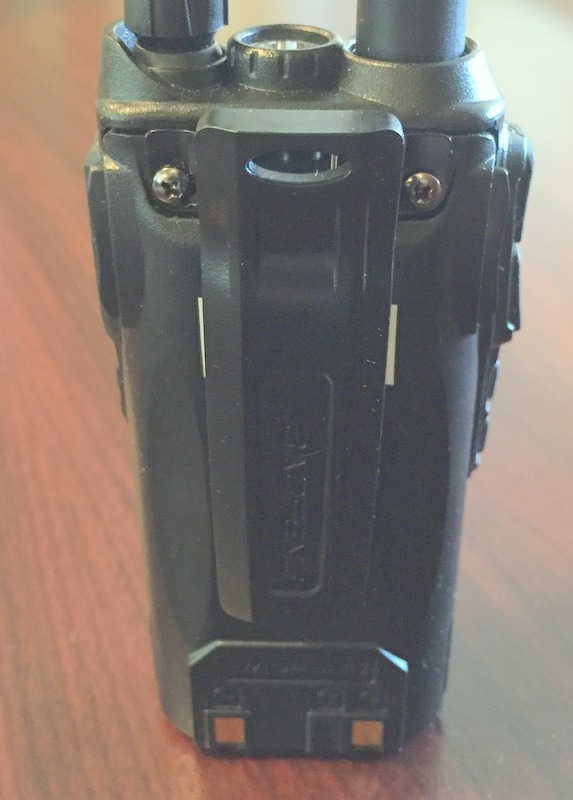 Posted by Richard Small at 11:05 AM No comments: