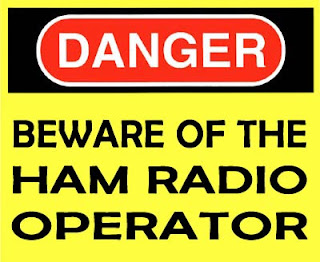 The following is rather long but a good read none the less. It is important to remember we are Ambassadors for our hobby and could make a difference in how we continue as hams and our organizations either grow or shrivel up and die.

By Don Keith, N4KC
You may as well accept the fact that eventually people will figure out that you are a licensed Amateur Radio operator. No matter how hard you try to hide it, they will sooner or later catch you. It may be the HT you monitor in your cubicle at work, the Ham Radio license plate on your old beater, the ninety-foot skyhook in the backyard, or the “Know Code” tee shirt you wear everywhere you go…except maybe to church. Regardless how they come to the conclusion, they will break your cover and deduce that you are, in reality, a real, live Ham nut.

And when they do, they will ask you questions. They will likely do so for one of four reasons:
1 – They are just being polite and don’t really care at all what your answers might be.
2 – Now that they have found you out, they are convinced that your station is the reason the picture on their TV freezes when they try to watch “Dancing with the Stars.”
3 – They want to sell you something, like vitamin supplements, plastic-ware, makeup, or timeshares, and now they have an excuse to talk with you.
4 – They actually have an interest in the hobby and want to learn more about it.
One thing you can count on, though. Many of the questions will be—at least to you—very basic and, frankly, dumb. Never assume your new friend knows enough about our hobby to even ask a cogent question. Don’t roll your eyes and let out a big sigh! Instead take the stance that the person is asking that dumb question because he or she actually wants to know the answer. Seize the opportunity to give a smart response and you may just be able to evangelize a bit about our great hobby.
To assist you in this effort, I am going to list below some of the really goofy questions folks have asked me through the years. Then I will give some of my own suggested answers. You can likely come up with your own better responses. But remember, don’t get too technical. Make your answers short and to the point so they can ask more if they are truly interested. Don’t lie or exaggerate. And try not to get wild-eyed and foam at the mouth in your eagerness to share with a potential new Ham your immense enthusiasm for the hobby.